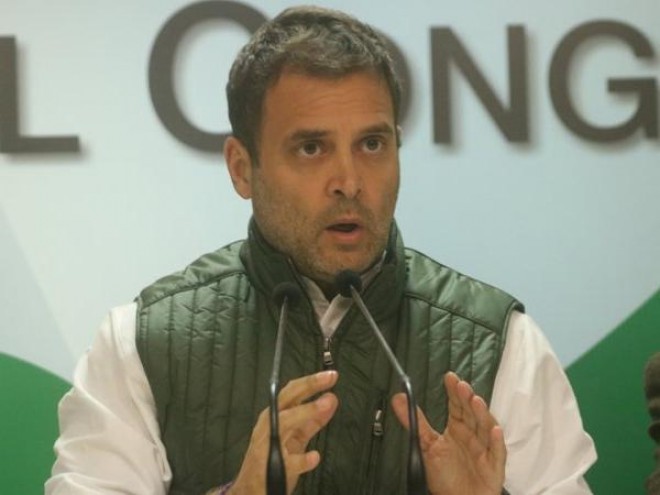 New Delhi, Feb26: Congress President Rahul Gandhi on Tuesday was among several Opposition leaders who lauded the pre-dawn strike carried out by the Indian Air Force across the Line of Control in Pakistan-occupied Kashmir. The operation by a dozen Mirage 2000 jets reportedly destroyed terror camps in Balakot in Khyber Pakhtunkhwa province of Pakistan.

"I salute the pilots of the IAF," Gandhi said in a tweet.

"Salute to the Indian Air Force for giving a befitting reply to the terrorists operating from POK [Pakistan-occupied Kashmir]" Pawar wrote on Twitter.

Delhi Chief Minister Arvind Kejriwal tweeted, "I salute the bravery of Indian Air Force pilots who have made us proud by striking terror targets in Pakistan."

Punjab Chief Minister Amarinder Singh extended support for the activities carried out by the armed forces on Tuesday morning. "The IAF strikes have sent the much-needed signal to Pakistan and the terrorists it’s harboring – don't think you can get away with acts like the Pulwama attack," he tweeted.