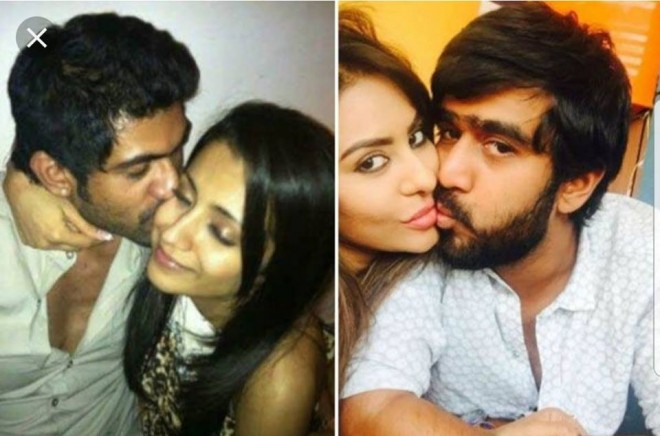 Hyderabad, Feb 26: Controversial actress Sri Reddy has suddenly become active on her Facebook from the past few days and is posting in her initials technique.

Sri Reddy who sensationally revealed that producer Suresh Babu's younger son Abhiram Daggubati has cheated her after taking sexual favors from her. He allegedly promised of opportunities as a lead actress in one of their family productions.

She also stated that he had maintained an affair with her for a long time. To prove her claims, she also put out intimate photographs they have taken together.

Neither Abhiram nor Suresh Babu family had denied her allegations. They have been maintaining un-emotional silence on this till now. She went on making many more allegations on several cinema personalities.

After a long gap, she has posted her photograph taken with Abhiram as well as Rana and Trisha's intimate kiss pic on her Facebook.

In this post, she slammed producer Suresh Babu alleging that the veteran producer talks about family prestige and acts like a spiritual person but never controls his sons' intimacy.