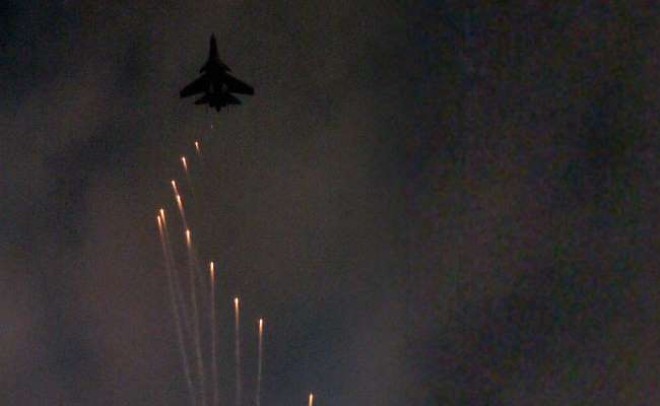 New Delhi, Feb26: If you've just joined us, this is the big news this morning.


"At 12.30 am, on February 26, a group of Mirage 2000 Indian Fighter jets struck major terrorist camps across the LoC and completely destroyed it," IAF sources said.


NSA Ajit Doval has briefed PM Narendra Modi even as the Cabinet Committee on Security is taking place now at the PM's residence.


The ministry of defense has yet to give a briefing on the issue, but reports say many terror launch pads have been destroyed in Balakot and Chakoti in Khyber Pakhtunkhwa.