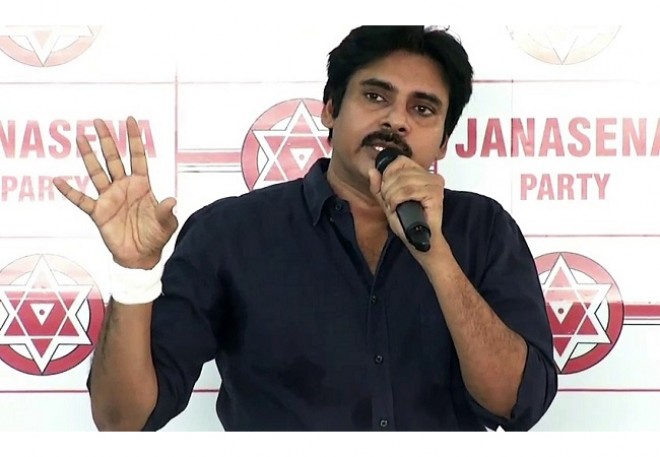 Vijayawada, Feb 22: Jana Sena party Supremo Pawan Kalyan took to Twitter and lashed out at the recent string of political rumours against him and his political party JSP.

Here are some of his tweets regarding the allegations of collusion with various political parties in Andhra Pradesh.

One senior Political observer told me that,both ‘TDP & YCP joined hands to damage the reputation of JSP by constantly planting stories.I wish I could have my paper and TV channel to fight back. he added.

But I am inspired by the path of Late 'Sri Kanshi Ram' establishing BSP without any channel and newspaper. My Janasainiks are my channels and newspapers, he tweeted.

For all this stories to stop ' what they expect me to do is; to support these parties but not be independent.May be ,I am a small pawn in the game of political chess; but established political classes should remember ' I am a soldier ' who's is willing to fight, he stressed.