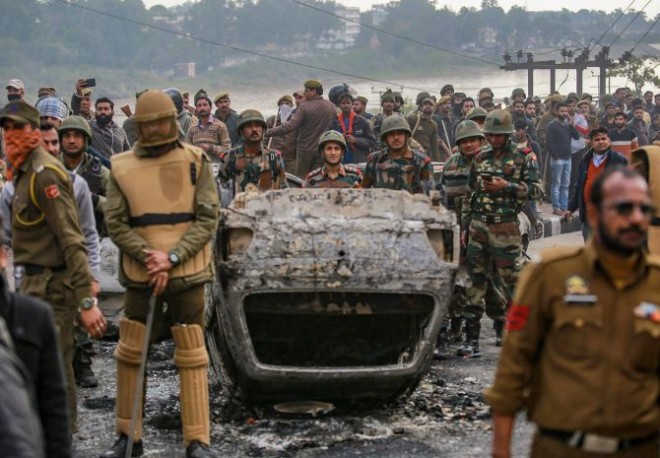 New Delhi, Feb 16: The Narendra Modi government has called an all-party meeting, which will be held today at 11 am in Parliament library about the Pulwama terror attack and security situation in Kashmir.

The main opposition party, the Congress on Friday extended full support to the government saying "we are not going to be divided".

Earlier in day, Home Minister Rajnath Singh flew to the Valley to assess the security situation following a terror attack in South Kashmir's Pulwama district, where a suicide bomber targeted a convoy of security forces on Thursday.

The decision to call an all-party meet was taken during a meeting of the Cabinet Committee on Security (CCS) at Prime Minister Narendra Modi's residence in New Delhi.

A convoy of 78 vehicles carrying more than 2,500 Central Reserve Police Force jawans from Jammu to Srinagar was targeted in a suicide bombing. An explosive-laden SUV rammed one of the buses in the convoy ripping it apart.

The CRPF has confirmed the death of at least 40 jawans. The paramilitary force has ordered a full Court of Inquiry (CoI) into the Pulwama terror attack.