Vijayashanti quoting a Bomb for her comeback film? 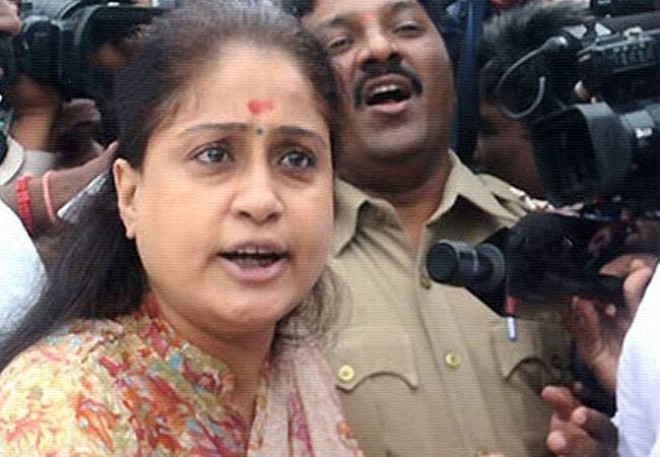 Veteran actress Vijayashanti who is occupied with political activities is making her comeback with a powerful role in her next film which features Superstar Mahesh Babu in the lead role. Anil Ravipudi is the director and the regular shoot of this untitled mass entertainer starts from July and will be completed in packed schedules. Impressed with the role, Vijayashanti signed the film on spot but the actress quoted a remuneration of Rs 5 crores for the role which left the makers in deep shock.

The makers are trying their best to convince Vijayashanti for the assignment and alternate options too are on a look. An official announcement will be made on May 31st on the eve of Superstar Krishna's birthday. Rashmika Mandanna is the heroine and Devi Sri Prasad composes the music. Anil Sunkara and Dil Raju will jointly produce this mass entertainer which is slated for Sankranthi 2020 release.